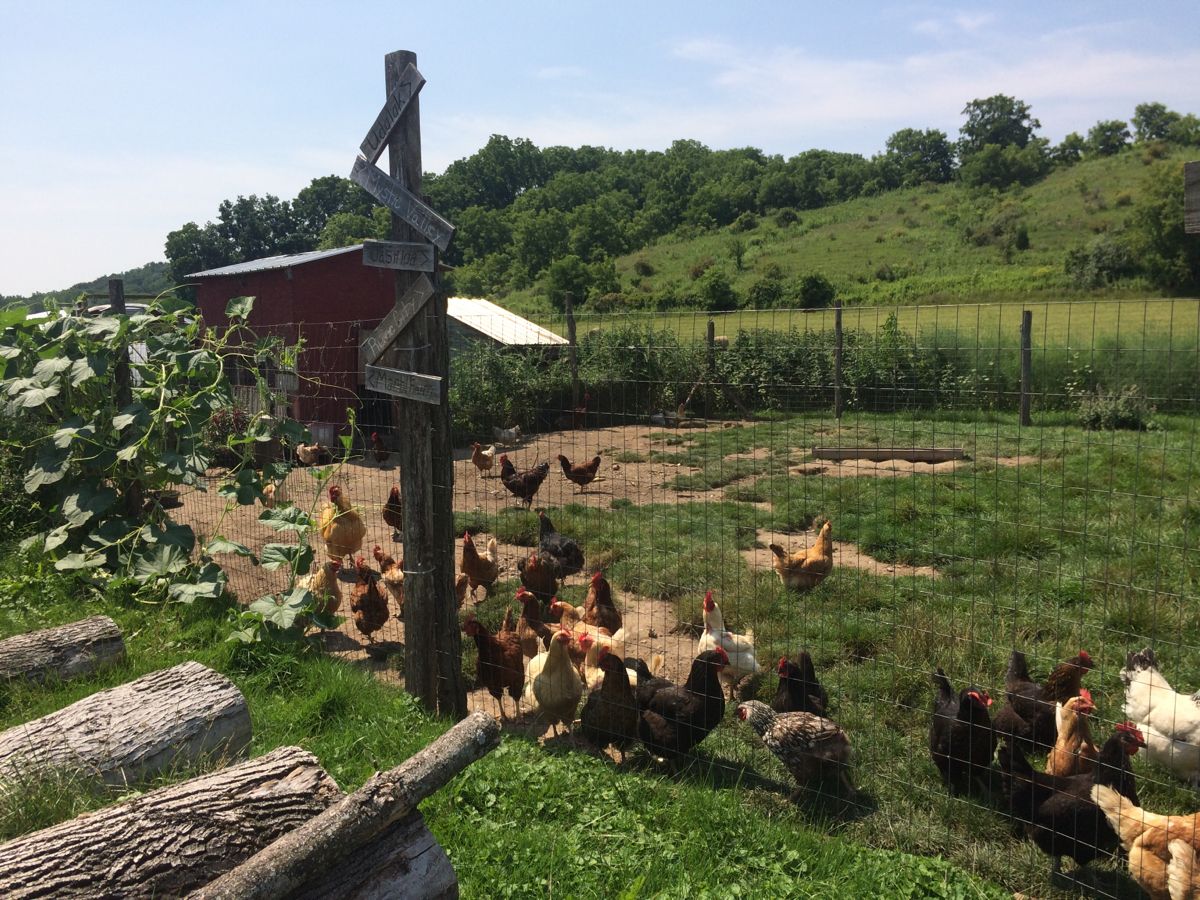 The Farm, in Summer

Hello everyone, and welcome to August! The last full-blown month of summer we get before the globe tilts us away from the sun and we slowly begin to freeze.

I probably need an attitude adjustment.

But rather than try to convince myself of all the good things coming in the cooler months, I want to share with y’all what’s been going on around ye olde Wingnut Acres (the farm that is approximately 47.3% of my life. Maybe more like 56.2% . . . ?)

For starters, every year is different. It’s fascinating, no? One can never tell year from year what the growing season is going to be like. Last summer was sunny and hot and dry. This summer has been cooler and very, very wet. Only in the past week or two have things warmed up and dried out enough that we were finally able to get second cutting of hay in. A little later than we’d like, but better than never.

The gardens also struggled. It took FOREVER for everything but the weeds to take off, and the bugs have been horrific. I’ve never known slugs to be so problematic, and those are only one of the crawly creatures we’ve contended with. They kept eating the cucumbers, zucchini, summer squash, and pumpkins as soon as they sprouted. But the potatoes and onions are doing awesome???

Right now we’re harvesting tiny tomatoes (the bigger, regular tomatoes are just starting to ripen), some cucumbers, beans, and today a few summer squash. Mum’s been making basil pesto with fresh basil (as I write this, even!) and it’s making the house smell AMAZING. I’m feeling pesto and chicken rice for supper . . .

A new thing we’ve been trying are cut flowers, so this year we have zinnias and straw flowers and sunflowers all over the place, plus a few new flora like bee balm, pleurisy (yes, those are flowers, too. Bright orange. Gorgeous.), and balsam camellia.

Bouquets of strawflowers, zinnias, echinacea, and butterfly bush are lovely. We’ve been trying to sell them at our new farm stand/store, but so far we haven’t had a whole lot of business in that department. Oh, well. Right? The property is beautiful!

In some ways the days are more relaxed since we’re not scrambling to get things cleaned up and planted. But in another way the season is just as busy keeping up with the weeds, harvesting, and preserving. We butchered our first batch of chickens last weekend, and today we’re canning broth we made from some of the feet. Weird, right? Never heard of such a thing until a week ago. Apparently its super healthy and loaded with collagen. Which we have discovered is true, I took it out of the fridge this morning and the stuff is like jell-o.

I know that might sound kinda gross, but I can’t get over how fun it is. It’s so good for your skin and bones and guts, gives soups and stews that velvety texture, and is overall one of the coolest things. ?

Outside of food production around here, this summer has had some pretty great events. I attended my first-ever writers conference, Realm Makers (more about that in a different post. Suffice to say, It. Was. Fantastic.). My brother and sister-in-law came to visit for a week with my wee acorn (aka, niece). The Farmer’s Wife had an appendectomy last week (maybe not so great of an event). My brother and I took a couple friends to the Renaissance Faire over in Sterling, NY (which was actually the same day as chicken butchering day, and the day after the appendectomy. Because everything has to happen at the same time. So yes, I got to skip out on that bit of homesteading joy this time around. Score.)

Overall, it’s been a strange summer, but it seems like I say that every year, so I guess that means it’s actually a normal summer. Full of ups and downs, bounty in some things and scarcity in others. Blessings and the Lord’s provision in all of it.

What’s going down this summer in your neck of the woods?