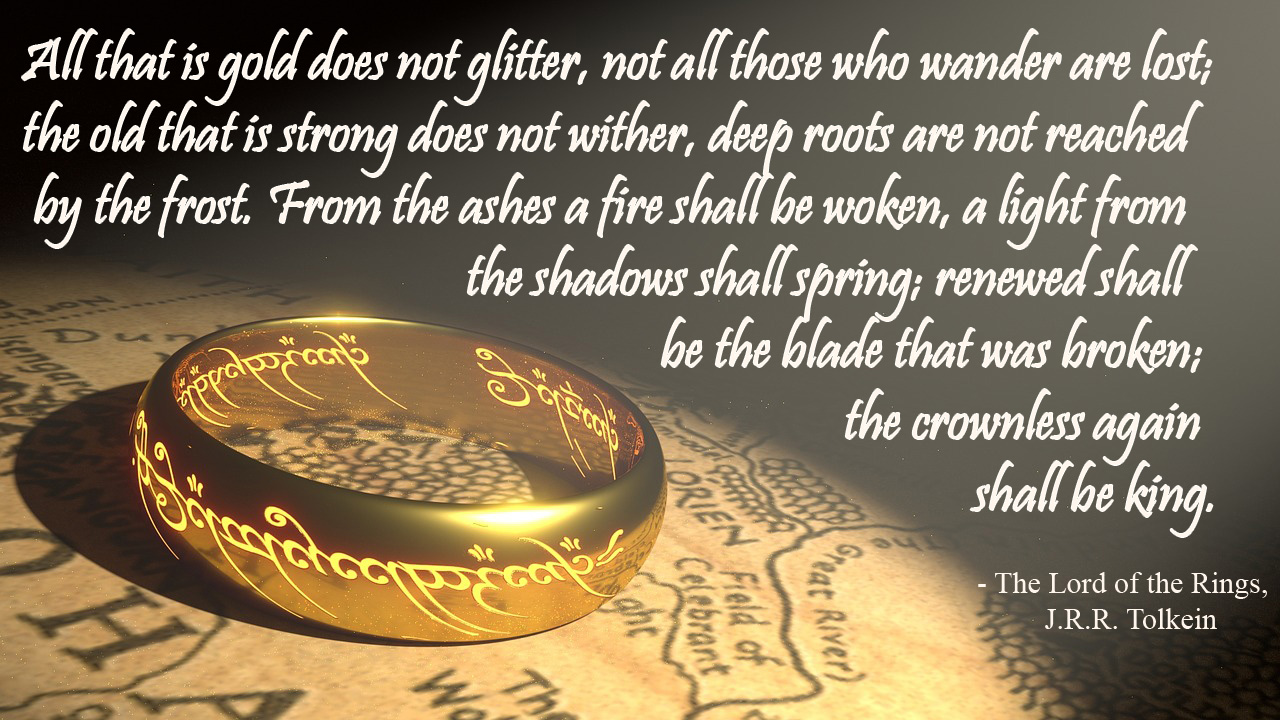 I don’t know if you knew this, but next week is Tolkien Week, a nerds-tacular celebration of all things Tolkien surrounding the 22nd of September (aka Hobbit Day). This is super cool, because all over the world people are paying homage to the man who’s literary life – both fiction and non-fiction – has influenced and changed so many thousands across time and space. I fully believe that fantasy wouldn’t be what it is today without titans of the imagination such as Tolkien.

In celebration of this occasion, parties are going on, libraries are decking out, and going on throughout the month is a fantasy character awards called the Silmaril Awards! The awards ceremony that recognizes fantasy characters for notable attributes such as Most Faithful Friend, Most Nefarious Villain, Most Incompetent Henchman, and many more! Nominations and voting have already closed for this year, but the ceremonies will be held from the 20th through to October 1. I highly recommend you check out the website for more information, past awards, and links to the blogs where the ceremonies will be held. This is a super fun community, and there are always a great collection of folks lined up!

As for today, I thought it would be fun to pull out this Tolkein Tag I’ve been saving – for just such an occasion as this. I picked it up from The Book Nut, who got it from its YouTuber mastermind Andrea Heckler. And now it’s found its way to me, and now to you!

1. How did your Middle Earth journey begin?

I want to say it was with the movies, which I only vaguely remember as being dark and creepy (I mean: Gollum). I did not like them that first time around. But then I read The Hobbit for a school assignment, and I enjoyed the story so much it gave me the confidence to try the movies again. Since I was older by then, too, I could appreciate the themes more.

2. What is your favorite Middle Earth book?

I didn’t start reading the trilogy until later into my teens, and then it took several more years before I got into the Legendarium. It’s been that long since I read the original trilogy, too, so my memory is spotty (due for a reread, for sure), but I think I have to go with The Children of Hurin on this one. That story swept me away and enchanted me with its writing.

3. What is your favorite movie?

Probably Return of the King, and I think mostly because it’s the ‘final chapter’ of the story. Everything endured is coming to a head, stakes are at their highest, sacrifices the most painful, and after all the heartbreak and loss and epic battles we see the light at the end. Endings like this move me, and I remember marathoning all six movies a couple years ago (took about 24 hours. Yikes) feeling so awed at the end of it all, having been so entrenched in the story that, when it finally came to a close, I struggled to return to reality for a while. It was awesome and probably not at all smart. But yes, Return of the King brought everything together for me, and I treasure it for everything it represents in a story.

Most every time I would say books. It’s almost a reader’s obligatory answer. But this time around I have a hard time choosing between the two. There were things in the books I liked better than the movies, and things in the movies I liked better than the books. They tell a very similar story, but do it in different ways, and I like them both for what they do for the story. The movies are what finally got me to read the books, and each flesh things out that the other can’t. In my opinion, they compliment each other. I can’t pick one above the other.

5. Who are your favorite characters?

Sam. Hands down. I’ve loved his homely simplicity and staunch loyalty from the beginning. I also favor Fili and Kili, even if I don’t appreciate everything Peter Jackson did with The Hobbit. Brothers forever✊. Faramir. Legolas and Gimli. Merry and Pippin. I mean, they’re all pretty great in their own way . . .

6. What Middle Earth race would you be?

I don’t even need to take one of those wacky quizzes to tell me that. My roots are in the hills and my soul is made of soil and green things.

I’m not great at these types of things, but I think Ian McKellen made a pretty spiffy Gandalf.

8. What is your favorite place in Middle Earth?

9. What is your favorite quote from the books or movies?

I can’t pick any off the top of my head that I know for absolute certain came from the books, but my all-time favorite quote is from Sam: “‘Don’t you leave him, Samwise Gamgee’, and I don’t mean to.” Gets me every time. But then, there’s also “Po-ta-toes. Boil ’em, mash ’em, stick ’em in a stew.” Right on. Right on.

But the most quotable?

Now it’s your turn! Has Tolkien and/or his stories influenced you? Does LOTR hold a place in your heart? Got any answers to these prompts? Leave a comment, and let’s chat!