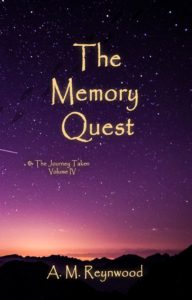 After overcoming the trials of Isle, with its baneful Monsters and the feuds of  its peoples, the company is finally able to return to Sekon’dome ─ but their troubles are far from over. Teryn has now joined their numbers, and if keeping one Isler a secret had been difficult before, keeping two will prove even more challenging; especially when she insists on walking right under the hunters’ nose.

Hounded from the war-torn, shell of a town of Smoke Ridge, the company finds themselves in the last place anyone ─ sane or otherwise ─ wants to be: the dead land of Felinis, shrouded in confounding mysts that cause any who wander there to lose their way. Led on and divided by mysterious apparitions, the company falls victim to an ancient and powerful force that imparts upon them first a truth and then a charge.

The truth: the King Landrik that now sits upon the throne is, in fact, an impostor, and has been since the Felinisian war. He is a being as archaic as Jasinda itself, who will stop at nothing in his crusade for cataclysm.

The charge: they are the ones chosen to stop it.

However, Landrik isn’t the only enemy left unchecked. The Shaydes continue to hunt for Bill and Kai’Tor in the underground, and another threat shall ascend that no one saw coming.