Hello, everyone! These past couple of weeks have been wild with things going on, with the publication of the final volume 7 and my brother’s wedding ─ which was gorgeous, by the way. Here, I will show you a picture of them: 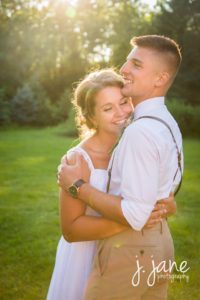 Aren’t they the best?

Anywho, things are finally beginning to settle down around here, going through the last stages of activity before regular routines are picked back up (for some, anyway) My brother (the married one above) goes back to Japan on Sunday, which is a super bummer, but that’s how it is in the service and we’re looking forward to his next visit. Our new couple are coming over tonight for dinner, so in between preparing for that I want to share with you a little bit about a subject in writing, fiction in particular: worldbuilding.

The concept of worldbuilding is exactly as the word describes: building a world, a template, an environment in which your story takes place, things like history, geography, mythos (legends and superstitions and whatnot), culture, wildlife (if your story involves fantastical creatures), and so on. The more in-depth you go the more realistic a place becomes, and sometimes (most the time) it’s the little details that make the biggest impact.

When I set out on this TJT project, I did not begin with worldbuilding before I started writing. There were a lot of things I did poorly and backwards when I began this project, actually, learning as I went, and I think now that doing even rudimentary worldbuilding beforehand is important. It helps dimensionalize the setting, and even influences aspects of the characters ─ this is the world they live in, after all. How is their home town/city structured? What sort of culture were they raised in? What history did they learn in school or were a part of? What is the land like around them? Arable? Arid? Prairie? Mountainous? The geography also influences the climate and weather patterns (which I’ve personally put into the category of serious worldbuilding, but it is a detail to keep in mind).

There is a lot of freedom in worldbuilding, giving your creativity ample room to stretch its muscles and make perfectly sensible just about whatever you want. For example: The people of Dalyss celebrate annually the Duck Festival, wherein they eat lots of duck-shaped food, dress up like ducks, and enter into the Duck River Run, where participants race their homemade ducks down the river’s current to a finish line some half mile downstream. The Festival was first instated thirty years ago by Baron Hans, whose life was saved during the Tinker’s Rebellion by a flock of ducks that caused a raucous when the rebels tried to pursue his flight, distracting them and allowing him to escape. The event was commemorated and made a local holiday.

Who knew ducks could be so influential? The above mentions 1) a cultural event, 2) an history of how it came to be so, and 3) an allusion to another event that took place in the town of Dalyss’s past. It also hints at how the townsfolk felt about their Baron, that they’d make such an holiday. These things give a place (and a person) depth and dimension.

I, personally, really enjoy the worldbuilding aspect of writing, more and more so as I’ve explored Sekon’dome and other places of Jasinda and all the possibilities available there, as well as thinking ahead to other stories I hope to write in the future. Regardless of on what scale your story’s world is built, from scratch or a preexisting environment (such as modern day or historical NYC or London) it will stand all the stronger for the extra thought and effort. You, and your readers, will fall into your world that much more thoroughly ─ and who doesn’t want that?

Don’t forget! The giveaway for An Odyssey’s End is well underway, so if you haven’t entered yet, now’s the time! 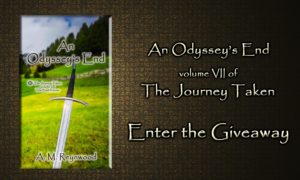