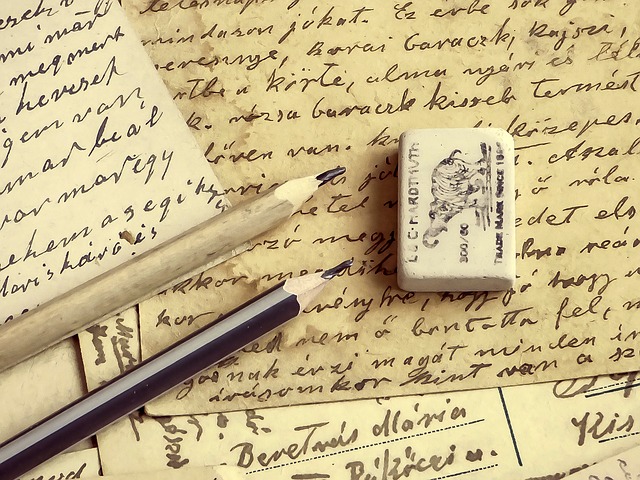 A currently little-known fact about Roscha, the Main Character in Falconsbane, is that he likes to draw, and in order to draw, you usually need a pencil. At least in an era where ink pens come in the form of feathers. So that got me really wondering about these tools. How plausible would it be to have a pencil in a largely pre-medieval-ish environment, and what would they look like?

So I did a bit of research, and lo and behold: I learned some things.

The word ‘pencil’ comes from and Old French word, which comes from a Latin word that referred to a fine brush of camel’s hair. Weird, huh? The tool changed, but it’s name didn’t!

Enter graphite, an ore that people discovered was awesome for a lot of things. An especially large, pure, and solid deposit was discovered in England somewhere around the sixteenth century. Of course, the Crown took over the mines and used it to line moulds for cannonballs. People had to smuggle the graphite used to make pencils.

However, not everyone had access to this pure graphite. The Germans first tried a mixture of elements, combining graphite powder, sulfur, and antimony (which is shiny, by the way, in case you were wondering). The French mixed the powder with clay, and this is the kind of pencil lead still widely used.

At the start, the sticks of graphite were wrapped in string or sheepskin, because the ore is so soft that it needs stability, but then an Italian couple came up with what many believe is the first blueprint for our modern-day carpentry pencil ─ a rod of graphite stuffed inside a piece of wood.

America had its pencils imported until the Revolution, after which people began producing pencils here with their own techniques and formulas, eventually adding erasers, too.

Before pencils came into the picture, the closest thing in relation was called metalpoint, which is essentially a rod of metal (like silver, lead, or tin) that required specially prepared papers. This was an interesting little tidbit, but I have to admit, I still wanted a pencil. By this point I was enamored with the idea, and since the concept of the pencil is so simple, why not? In the end, then, the one thing that I really wanted to know was materials. Other than graphite, what else could be used to create the lead in a pencil?

The two options that were most relevant to what I was looking for are charcoal and carbon. Charcoal makes a fuller black than graphite, but it smudges bad and is abrasive (think drawing on rocks with the charred end of a stick from a campfire). Carbon also makes a fuller black than graphite, but is smoother than charcoal ─ so it’s basically the best of both worlds. These pencils are largely produced with a mixture of clay and lamp black (which is, in short, soot from oil lamps). However, since carbon is made from charring organic materials, there had to be other options.

And I found them.

Bingo! I had the perfect materials to make my own Phennish pencils without graphite!

Since Phens grow a lot of grapes, why not collect the clippings from pruned vines and use that to make the carbon dye? Kedash in the south has large clay deposits that could provide the medium for that dye. The hillsides are loaded with lumber for making all kinds of different casings. As for erasers? Well, outside of the many synthetic materials we have today, rubber is produced from the latex tapped from the rubber tree, which is a tropical/subtropical plant that doesn’t handle frost well (rubber becomes brittle in the cold. My poor boots can attest to that). This means it doesn’t fit into Phen’s climate, and we already established in an earlier post that trade is limited, due to the hostile relations with the majority of their neighbors. So what do we do? Well, before rubber erasers, people used wax.

We now have a Phennish pencil and eraser that is both realistic enough and unique enough to blend seamlessly into the story.