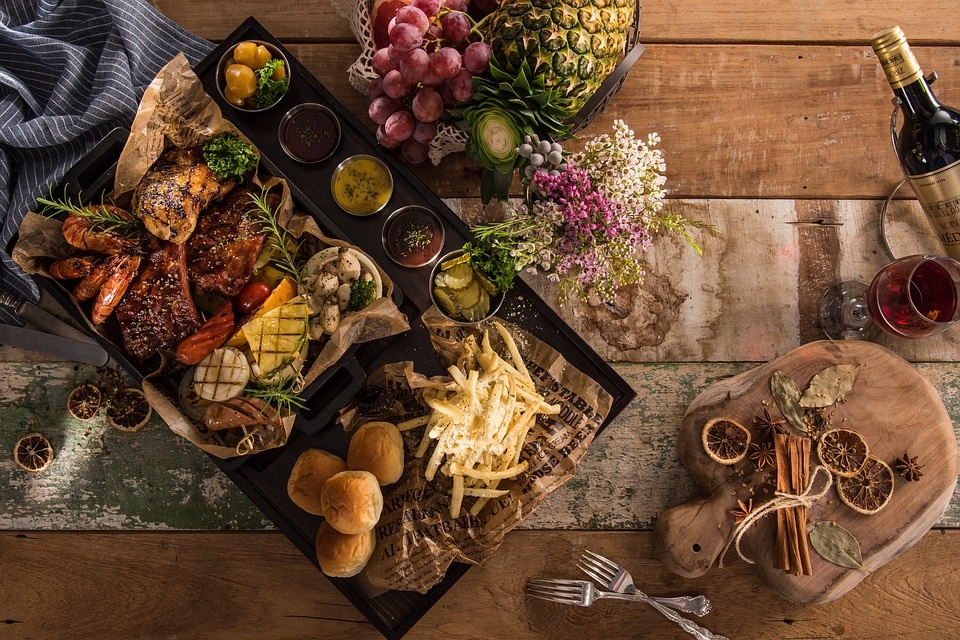 Hello, everyone, and welcome to another episode of Cooking Like a Phen! (IS that an actual series here? No. But it should be.)

In the bookverse of Falconsbane I’ve been occasionally popping in with ruminations on the development of certain foods pertaining to the story. Why? Because I like food. And worldbuilding. So, naturally, when you add these two together, you get bookish food on your plate!

Previously, we talked about custard and pie, their cultural relevance as well as ingredients and trade and all that jazz that only nerds would get excited about. (I mean, who really cares about the history of flour?)

Today we’re exploring a beverage. Something that would actually go very well with a bowl of custard and pie. No, it’s not beer (for one, that would not go very well with custard OR pie. For two, that’s a very time consuming and involved project. Although I won’t say it wouldn’t be fun to try brewing my own Phennish beers . . .) I won’t get into wine for similar reasons.

I’m talking about chymms (or chimms. Or chemms. I haven’t actually figured out the right spelling yet . . .? Basically pronounced like ‘chimney’, except without the ‘ney’.)

For some context, I’ve read many fantasy books where the characters drink coffee. It might not be spelled the same, but you can definitely tell that’s exactly what the author intends. I’d even thought of going there, myself. But then I got to thinking.

Trade. It’s turning into a big factor for all my worldbuilding. I originally wanted my characters to drink tea, but guess what? It’s a trade item, something that can’t grow naturally in the climate I’ve chosen for the storyworld. Coffee is the same. Both are pretty tropical plants (Fun Fact: Did you know that the tea plant is an evergreen tree?) So I started looking into alternatives. What could I do that’s similar, but different? Turns out, it’s hard to find these kinds of things, since tea and coffee go waaaaaay back just about everywhere.

But it turns out that, the more you look, the more you find. Herbal teas, for example, are just that. Herbs, flowers, roots, spices, etc., dried and blended, can be steeped into any combination of flavors with virtually endless possibilities. Buckwheat and barley are commonly roasted and steeped as well – which is fascinating, no? I have yet to try those myself, but I have tried genmaicha, which is green tea mixed with roasted popped brown rice (Fun Fact 2: rice pops like popcorn). Tastes just like that rice puff cereal from my childhood.

These were a great launching point for what I wanted to achieve. A hot beverage that could be made from local, temperate region ingredients. Which got me thinking about chicory. Naturally.

I’ve been enamored (maybe just fascinated?) of chicory for several years, ever since I discovered that those scraggly weeds with purplish-blue flours growing along the road could be eaten. Most weeds around here can be eaten, actually. Interesting to note, while here in the US it is largely disregarded as a scraggly weed, in many places it is a popular substitute for or even companion to coffee. It has that deep, viscous flavor and texture that most herbs don’t quite attain to, rivaling coffee in many ways, beaten only in distribution and caffeine. Health benefits are through the roof.

I knew that THIS was something I wanted to explore. My first attempt involved harvesting the chicory around my house (difficult, since it’s the roots you want, and they don’t lend themselves to graceful uprooting). I then scrubbed, chopped, and roasted them (Fun Fact 3: roasting chicory smells an awful lot like chocolate). After this prep, it can be brewed/steeped. I read a lot about brewing chicory. Because if it’s done wrongly, it’s dreadfully bitter. Done correctly, it’s quite fantastic. Some places suggest boiling it for ten minutes, others say just steep it in boiling water for five.

Whichever way you do it, the goal is a hot cup of dark, nutty deliciousness that is good either on its own or with milk and sugar. I’ve never put milk or sugar in mine, because I don’t like milk or sugar in my tea. I’ll accept it in chai on occasion, but that’s it.

So there I had it: my base. Why I didn’t just stop there is a mystery. Maybe because I thought that just a basic cup of chicory was too much like a coffee substitute. Maybe I got a little carried away with all the possibilities. All I know is that I wanted something a little extra. Something different.

How do you make a cup of chicory different? By adding spices! I love the concept of chai, which is, at its heart, black tea and spices. It’s versatile and delicious. But I didn’t want to go the same route and use traditional flavors like cinnamon, ginger, and cardamom. One, it’s not unique. Two, those spices aren’t native to Phen. So then, what spices ARE native to Phen? Ones that I can use here in the real world to create a specific flavor profile that isn’t taking-a-common-thing-and-giving-it-a-fantasy-name? How far outside the box could I go?

In the end, I went with a few favorites: fennel seed (common enough in chai, actually), caraway seed (that quintessential rye flavor), and sumac (vibrant and tangy). A later addition to the mix was burdock root, which adds an earthy note. Coming up with the appropriate ratios has felt like a mad science experiment, but that’s part and parcel with inventing your own recipes! While regional tastes might differ, I’m searching for my own ideal cup, and I think I’m almost there. Then, I can drink cups and cups of it while working on the manuscript and really get lost in those Phennish hills . . .