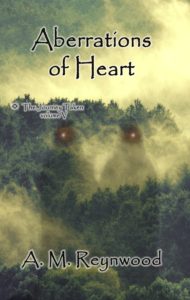 The world is filled with the fallen, and now the company has learned that Akairo ─ their impostor king ─ is the chief of the corrupt. A creature born of strife, fostered by conflict, and matured in hatred, their adversary is fully realized as a force to be reckoned with.

As those chosen to challenge Akairo and his plot to repeat history on a global scale, the company must journey from the revitalized lands of Felinis to the Capitol on the other side of the country, facing the numerous trials that harry them along the way. But just as misery loves company, so, too, does trouble:  Jonquil is missing, Lollen is haunted by memories he cannot reach, and one of the worst Monsters they’ve yet encountered elicits conflagrant ramifications.

They thought that by now they were used to danger and hardship, but they weren’t prepared for the enemy among one of their own; and the enemy who is closest is the enemy hardest to kill.

Faced with almost impossible decisions and plagued by the consequences, the company must nevertheless push forward if they ever want a chance at defeating Akairo. But with secrets and lies stacked between them, can they overcome the trials within themselves, or will betrayed trust and guilt finish them before they’ve even really begun?