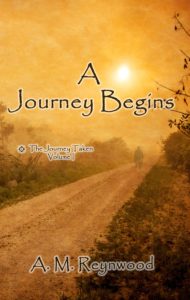 Trouble is brewing in the Capitol, and now the storm clouds have spread to the eastern city of Rune. Sergil, along with his band of misfits and outcasts, is charged with safeguarding the monarchy’s sole heir, Iris, to Marblheim far in the north to escape the danger.

The path they must take is a road riddled with dangers at every turn, for the country’s innermost parts are dominated by Monsters – vicious and often grotesque abominations of nature. After losing all of their supplies to the depths of the Deadwood, the company’s strength is tested as they struggle to survive in the hostile wilderland. However, as they push forward they are unaware of the threat which lurks in the shadows until it’s too late, the malignance that, once it strikes, leaves behind a brooding darkness.

Nevertheless they finally come within reach of their goal, but while taking rest in the town of Lerenstad they hear some disturbing rumors of goings on in the Capitol, and Iris, already disgruntled by the hardships of their journey, is suspicious of secrets being kept from her. Something terrible happened nearly twenty years ago, something that involved her long lost father, King Landrik, and she is determined to discover the truth. Even if it means abandoning the road they are on when they’re so close to the end, even if it means turning her back to her last hope of safety and walking straight into the maw of the world’s troubles.

What she doesn’t realize, though, is the pain and sorrow that will follow in their wake.