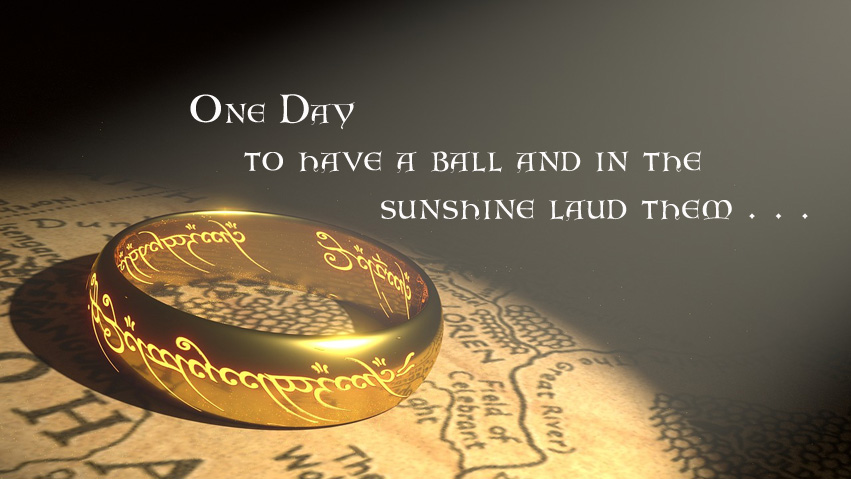 A Holiday for Fantasy Nerds

Hey, all! So, in the past I’ve written a couple of posts centered around Hobbit Day, celebrated on September 22 by book nerds and Tolkein fans everywhere. I’m cheating this week by reposting one of those, since it has just about all the information I wanted to share with you this year.

Hobbit Day is a holiday of inestimable import celebrated on the mutual birthday of Bilbo and Frodo Baggins, our two small but courageous heroes from The Hobbit and The Lord of the Rings. Tolkein has translated the day of that ‘Long Awaited Party’ in the text as September 22nd, and it may very well be the oldest festival observance in association with Tolkein fandom, celebrated since 1973. It was officially designated in 1978 and has gained a rather impressive amount of legal dignity due to the elected officials who have supported it through a variety of proclamations, declarations, tributes, and similar governmental documents. Hobbit Day has also attracted bipartisan support from the U.S. County Courthouse, the White House, and the U.S. Capitol.

So, how do you go about celebrating this prodigious day? Well, you party like an hobbit. Observances include going barefoot all day (my personal favorite. So much so that I observe it every day), costume events, games, feasting (or be like a true hobbit and eat seven meals. First and second breakfasts, anyone?), and fireworks. Or gather amongst fellow enthusiasts and marathon the movies. With the three The Hobbit films out to add to the original LOTR trilogy, that’ll prove to be one extensive event. (I’m down. Who’s with me?)

Whether you’re a die-hard fan or simply enjoy any excuse to celebrate, Hobbit Day is the perfect holiday to break out your festive best and make merry like they do in the Shire.

But wait – there’s more! As if one day were not enough, the ENTIRE WEEK containing September 22 is dubbed Tolkein Week, seven days where schools and libraries (from universities to prisons!) set up displays. More info here. Is that not one of the coolest things ever? Who could have imagined the impact LOTR has had on people and communities? I’m curious to know what Tolkein would have thought of such a thing.

And all of this begins TOMORROW folks! ??

I don’t know what – or even if – we’ll be doing much this year, because reasons, but how do you plan on celebrating?